I've done costumes for our local high school musical and theater and now my first paid gig with the Lesher Theater's A Christmas Carol and with credit too.

I've been branching out and doing more sewing this year than knitting. 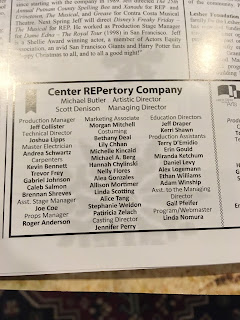 Posted by Alice Tang at 2:02 PM No comments: 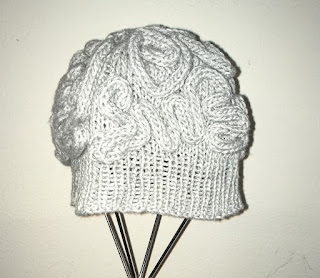 Posted by Alice Tang at 3:20 PM No comments:

I was visiting Krakow's Ghetto Memorial.  The empty chairs represent the Jews killed there.  But someone made something beautiful there by crocheting flowers on all the chairs.  It seems to be jute rope rather than yarn but the effect is still the same. 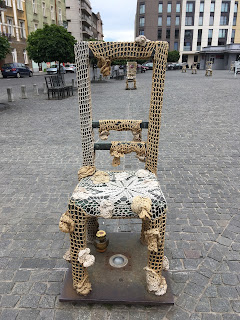 Posted by Alice Tang at 2:22 PM No comments:

Here is the link. 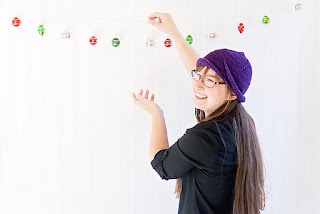 Posted by Alice Tang at 7:40 AM No comments:

While walking towards Schwerin castle from the train station, saw this sign for a yarn store.  I've seen this done in other stores in Europe but when I worked at a yarn store in the US and yarn bombed the post outside the store, the mall management removed it right away.  Too bad.  It's a great way to advertise because I wouldn't have noticed the off the main street yarn store otherwise.  It actually was  a craft store, not much yarn but worth stopping by. 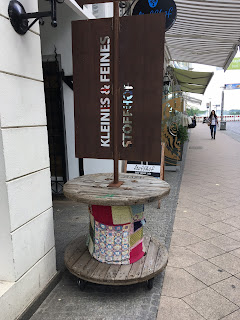 Posted by Alice Tang at 3:57 AM No comments:

I stopped crocheting because it hurts.  I decided I needed softer handles so I bought some foam pencil holders from the dollar store.   They are too big in diameter though, so I rolled one up, sew it along the length tightly and insert the needle through another one. 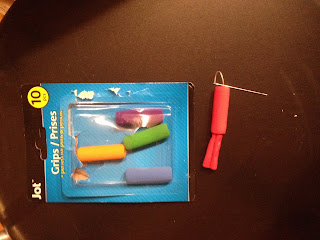 This is what it looked like when I finished pulling it through. 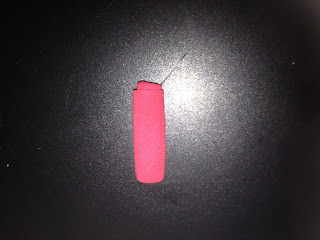 Next I inserted my crochet hook.  Viola, large comfy grip. 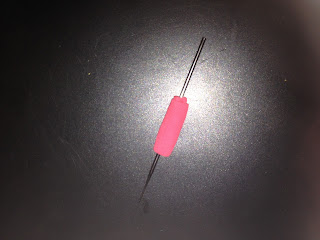 Posted by Alice Tang at 7:30 PM No comments: 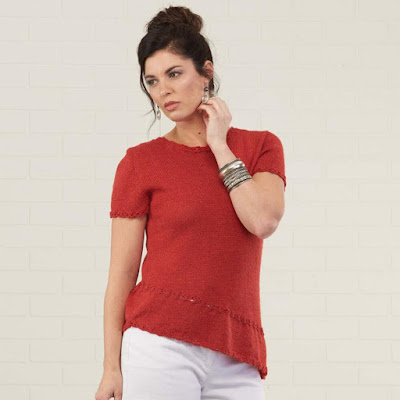 TNNA (industry show for yarn store owners and other professionals)

I am a designer/teacher member of the TNNA and this year's show is in my backyard (San Jose).  I attended one in Long Beach a few years back.  It's kind of like Stitches without the crowds.  And since I am not a retailer, I save a lot of money by not buying anything.  I go to meet yarn companies that might want a designer.  I picked up a few sample skeins. 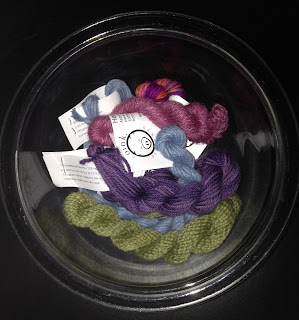